What piece are you missing with the KLT factor? ~ Part One 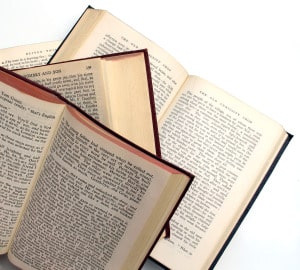 Recently I wrote a post about how important the Know, Like, Trust (KLT) factor is in business, especially with prospective clients.

I wanted to share a personal story with you that will illustrate how important the trust factor is and how sometimes that comes in way of social proof.

Recently a pretty well-known business marketing author tweeted that he needed a Virtual Assistant to tackle a project. A client of mine tweeted in response that he used me for these particular type of projects. I also responded letting the author know that if he needed help I had the software program in question and would be more than happy to help him.

Within 30 minutes he had visited my website and sent me an email with the files and project details. I responded to his email (honestly) that I had to re-install the necessary program due to wiping my hard drive the night before (I had gotten a nasty virus on my machine) but that I would have the project finished before the weekend was out.

As promised I delivered the project to him before the weekend was out. I quickly received a reply: “looks great – send me an invoice”. Now here is where it gets sticky – never once did we discuss my rates and I was somewhat “freaked out” that maybe my rate would be higher than what he was expecting. What was he expecting? What was he accustomed to for this type of work? I had no idea. After belaboring this for a good 29 minutes I decided to send him an invoice at my normal rate as he must have certainly worked with Virtual Assistants in the past to realize that my rate was standard for the industry. Less than 17 minutes later I had money in my PayPal account from  him.

Two days later I received a DM from him indicating he “may” be interested in hiring a Virtual Assistant to handle his bookkeeping…was I interested? You better believe I was interested!

Come back tomorrow for, as Paul Harvey would say, “The Rest of the Story”!