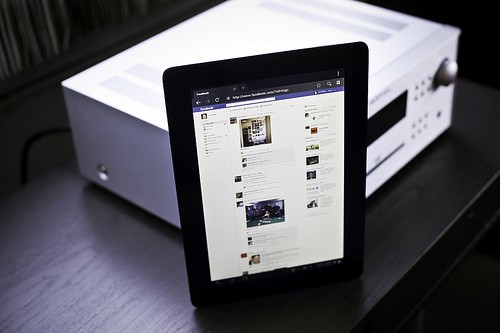 If you’re like me, you’re probably watching a lot of videos posted on Facebook these days. That’s because video on Facebook is absolutely booming. No surprise there. Video captures attention in a way that other content often doesn’t. From a marketing standpoint, video is a powerful way to boost exposure and engagement. Videos tend to capture attention as you scroll through the Newsfeed, they are easy to click on and explore and a great time suck. You’re smiling because you know just what I mean, don’t you?

The uploading of native videos (which simply means uploading videos directly to Facebook and not linking to YouTube or another video host), has increased over 3 and 1/2 times year-over-year. According to Inside Facebook, more than 50% of people who log into Facebook each day in the U.S. watch at least one video, and 65% of those views happen on mobile. As an aside, one of the reasons that the ALS Ice Bucket Challenge was hailed as such a success was because that exercise actually taught a whole bunch of people about how easy it is to shoot and upload native video to Facebook – some 2.4 million of them to be exact. Without question, the ALS Association benefitted from this successful campaign, but Facebook was a huge beneficiary as well, making Facebook users more and more comfortable with video.

Not surprisingly, brands have started to shift their focus regarding video in a big way. In a report published by Social Baker  over 180,000 Facebook videos were analyzed across 20,000 pages owned by brands, media companies, celebrities, and entertainment companies. Here are the results they observed:

The significant increase in video uploads to Facebook started happening in May of 2014, and look at how that growth trend continued through the end of the year. Also take note of how YouTube uploads decreased. This clearly demonstrates that not only have users embraced native video uploads to Facebook, marketers have embraced Facebook video as well.

The main reason for the increase in uploads is the high level of engagement and interaction that brands receive. In the following chart, you can clearly see the significant increase in video interaction on Facebook versus YouTube.

What does this mean for publishers and content creators?

What does this mean for publishers and content creators? Obviously, integrating video into your content strategy in the social space is more important than ever before. Video content needs to be compelling and short enough to keep the attention span of viewers. If used for brand/marketing purposes, it’s also probably important for that content to be sponsored, since Facebook has become largely pay to play.

It’s also important to remember that the vast majority of Facebook users are accessing the site from mobile devices, so keep that in mind as you’re developing your video content. Note that Facebook videos play silently and it’s only when a user clicks on a video that audio is heard. With that in mind, create your videos to work well with or without sound. Consider adding text and graphics to make your videos visually interesting, even if played without sound.

Bottom line, native video and Facebook go very nicely together. Native video, done well, can be a breath of fresh air in the Facebook News Feed and it should be something you’re considering as part of your integrated marketing plan. What about you and video? Are you experimenting with it as part of your content marketing mix? What kind of results have you seen? We would love to hear what’s working for you and/or what you’re seeing in terms of traffic and results.

More resources on this topic:

This article was written by Shelly Kramer and published originally on V3 Integrated Marketing Blog.