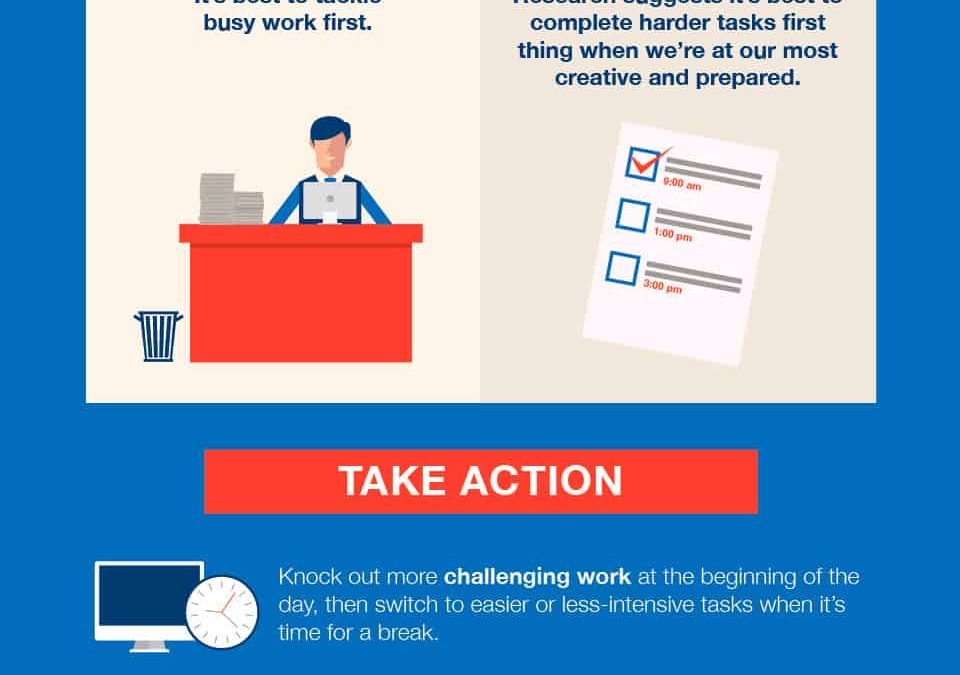 Burning the midnight oil equals the best way to get the most done—right? But on closer inspection that old adage, as well as a number of other myths about workplace productivity, turn out to be false.

In fact, more hours doesn’t equal more work done. But what more hours does equal is a number of undesirable workplace traits—reduced output and higher absenteeism, to name just two.

Guess what else isn’t true about productivity? Remote workers aren’t actually working. That’s also false: When given the freedom to work outside of the confines of a traditional office, workplace productivity actually increases.

You know those Internet desk-lunch photos that have lately circulated—the ones that show how corporate culture has changed so much that we’re just eating at our desks while we work? Those photos represent another kind of unproductive approach to work. Breaks help—for learning and for a better end product.

If you’re the kind of person who pushes papers first—signing documents, filing—to avoid a hard task, you’re probably also impacting your productivity. The hard stuff done first equals a fresh look and approach at difficult tasks. It’s also important to just focus on one task at a time, because a multitasking worker doesn’t equal an efficient one.

And you know all those meetings you don’t really like? Maybe you don’t like them because unfocused meetings equal unproductivity—and does a pressure-cooker-like workplace.

If you’ve ever wondered about workplace productivity—whether what you know about it is true, and how to help you and your employees achieve more by doing less—then use this graphic. It’s got loads of solutions and insights into the culture of work as we know it.