How a Complaint Can Be an Opportunity to Improve 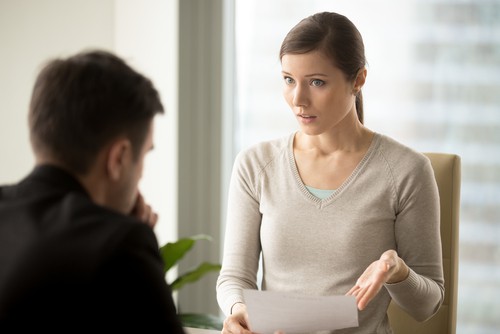 Some time ago, I posted in a Facebook group for virtual assistants that I was looking to hire for a small project that had a quick turnaround.

The PowerPoint project had three deliverables:

I had also been considering hiring an executive assistant, so in the back of mind, I was simultaneously reviewing submissions to see if I could find someone who may be a good fit as a long-term assistant.

I had an overwhelming number of responses, as there often is for any general administrative type of project. Many virtual assistants didn’t follow instructions, and they were promptly and unapologetically excluded from consideration.

The woman I selected quickly sent her contract over, which I scanned and signed. Because this was a time-sensitive project, I didn’t go through my normal channels of properly vetting candidates. Since we didn’t know each other, I offered to pay a deposit toward the estimated four hours of work. I assumed the majority of the four hours would be needed for creating the requested handout.

First, I had to check in with her the following morning to ensure she had gotten the file and written instructions that I had sent. Then, I found that the submitted work was incredibly sloppy. I pointed out what was missed. I requested corrections.

After two unsatisfactory revisions, I indicated I’d just finish it myself (including the handouts that were part of the scope). I asked for the final invoice.

No response to my email. No invoice. There was absolutely nothing. Radio silence.

Out of the blue, I get an “I’m sorry, I had a family emergency” email. Several minutes later, the final invoice shows up as well.

I’m shocked and somewhat upset. I ended up putting in two hours on the slide deck to do what I had hired her to do.

I’m getting ready to pay the invoice. After all, it’s only $37.50 (I had already paid a deposit at the time of signing the contract) and I figured it’s probably just better to “be done with it”.

Then I changed my mind.

I exit out of the invoice (without paying it). I email that I won’t be paying the final invoice, with a full explanation as to why.

Stop and think about that for a minute.

What exactly does that mean?

It could mean a number of things:

Or maybe…maybe clients have been upset…but it was easier to just pay the invoice and walk away without saying a word.

That’s exactly what I nearly did.

I wanted to write back (but didn’t) to ask:

A complaint is a gift.

I know. I’ve made mistakes…more than once. And undoubtedly, more mistakes will follow.

What we have to find in the feedback are the nuggets that can make us a better service provider, and often that comes from being able to put ourselves in the other person’s shoes.

It really comes down to The Golden Rule.

Here are some of the lessons I hope this VA eventually realizes as a result of this experience:

Lessons I hope business owners glean from this:

I was trying to help this woman become a better virtual assistant. It would have been considerably less stressful if I had merely paid the invoice and left it at that.

In case you’re wondering: I paid the invoice because I didn’t want a cosmic or karmic debt for a mere $37.50.

I’ve also since hired Leverage and I’m handing off so much more than general administrative tasks.

FUBAR = Fucked Up Beyond All Recognition

Any cookies that may not be particularly necessary for the website to function and is used specifically to collect user personal data via analytics, ads, other embedded contents are termed as non-necessary cookies. It is mandatory to procure user consent prior to running these cookies on your website.