Company C: Failure on brand monitoring but saved by a dedicated employee 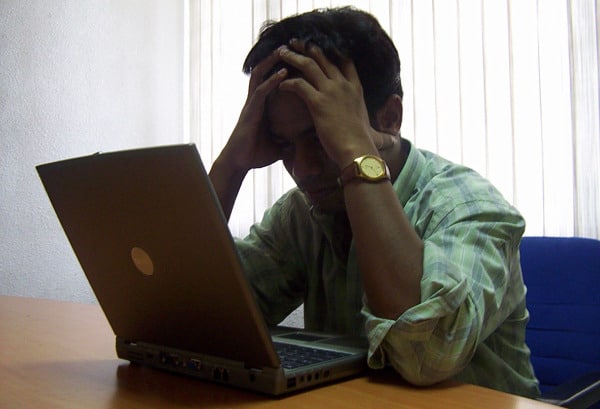 Your employees are the face and representation of YOUR company

From my last two posts I shared how Company A and Company C both did well in monitoring their brand when it was compliments they were receiving but they did not fare so well when the Twitter chatter was negative in nature.

I have $471.45 software program that I need for both my own use as a Virtual Assistant and for my clients. In doing a recent project for a client I discovered that the software was not performing a function as it was supposed to. After doing a lot of research on their forum and finding no answers I discovered I was going to have to call their support center.

In the meantime because I needed this project done for a client I Tweeted that I was looking for another Virtual Assistant with this software to help me out. This particular company has a lot of Twitter accounts for various departments of their company.

Support center calls with five different techs, including three dropped calls (and they didn’t call back) and three hours later (not including my time to uninstall/reinstall the software) and I was looking like the guy in the photo above!

Several Virtual Assistants responded to my plea for help and with two others we realized it was a problem with Version 9 of the software (Version 8 worked perfectly).

No one representing the formal company Twitter accounts ever reached out to me….

but….a person who works for the company but is on Twitter for personal reasons (not as a rep of the company) did.

This particular gentleman was truly a lifesaver in this entire event. He reached out to me and offered to escalate my problem to Tier 3 support. Because of him I was assigned one tech support agent for the following two weeks while we tested, tried, assessed, finagled the program (including several more uninstall/reinstall processes) .

As of yesterday  – nearly three weeks from the start of the issue – my software is now working how it should.

Overall this company needs to improve both their call center and their social media brand monitoring.

Had it not been for the kindness of one of their employees on Twitter I imagine I would still not have working software as the five original techs I spoke with all made no effort to figure out what was wrong and two even went so far as to tell me the support forums were the only recourse I had.

The company does not get the kudos in my transactions, rather one person in a huge wheel of employees who took it upon himself to reach out, escalate my issue and follow up. The “faces” I dealt with in my other dealings left me with a bitter taste.

Take note – are your employees caring? Do they go the extra mile? Do they seek to understand the problem?

What are you doing to make each interaction a good one?