Are you a Pit Bull in Business & Life? 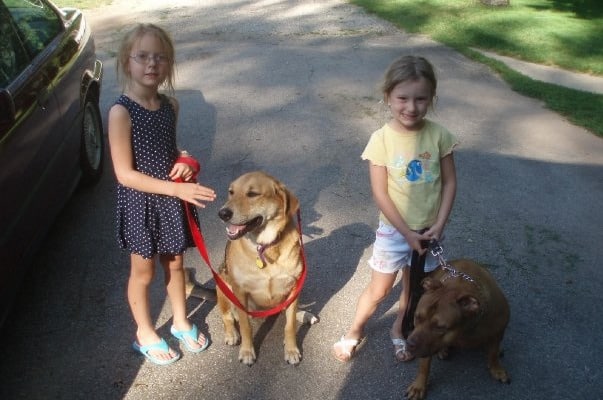 I have a lab/shepherd mix dog that I rescued from a shelter-Dora. I’m not 100% certain of her past but one thing is certain. She was abused by a man so she came to us with some baggage. We’ve had her for two years now and in her two year’s with us she’s been “attacked” on three separate occasions by another dog. Sadly two of these three incidents happened in the past four days by two separate pit bulls. 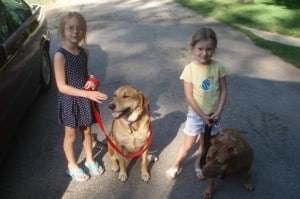 Dora and Asia with my nieces

The incident that happened last night came as a great surprise to all of us and though we aren’t sure what exactly caused the incident one thing is certain when a pit bull attacks. It’s nearly impossible to get them to release their jaws. While the entire thing from start to finish was probably only three minutes last night there were five different people attempting to pry Asia’s (pit bull) jaws from Dora’s neck. The only way we got her to release was to put the handle of a spoon into the sides of her mouth and caused the gag reflex. (we were not cruel to her so please no attacks on our method)

While I am no expert on pit bulls; allegedly they have incredibly strong jaws, up to 50 times stronger than a human. Why they hang on for “dear life” – I have no idea but they do.

When you get an idea or are passionate about something do you hold on with your “jaws” to the point it’s impossible to let go?

If you are in business or maybe in a “funk” having a pit bull mentality can come in quite handy -it is a display of tenacity, perseverance, strength to “hang on” even when all others are trying to get you to just “let go”.

However, on the flip side – is your grip on an ideal hurting a loved one? (in last night’s incident Dora and Asia have been dear friends for two years). Are you holding on so tight that you can’t see that it is possibly better to let go? Maybe by letting go instead of holding on is better for everyone and will cause less pain.

Only you can decide when it’s appropriate to be a Pit Bull in Life and Business but be open to the others that surround you as they may be able to see more objectively what you are really up against. Is it really a danger or just a perception of danger that caused you to hold on and refuse to release?

What are you holding on to that is worth it? Who or what are you gripping that should be released?