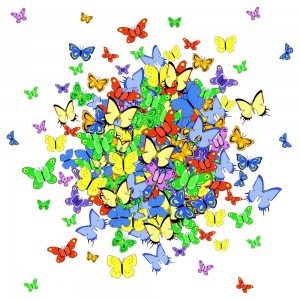 As a Social Media Virtual Assistant I’ve looked at, played with and fallen in love with many of the various Twitter tools available. Some are free, some are paid. Over the next few weeks I’m going to get more in-depth on the different tools you can use to fully maximize your Twitter presence.  If you want to throw in your thoughts please answer this 4 question Twitter Tools Poll.

Am I going to give away all of my secrets? Maybe but probably not….my promise to you is that you will walk away with a better idea on the Twitter tools and apps you can use so you can spend your time more effectively.

The social butterflies know that once you get to a certain point the web interface just doesn’t quite work effectively and there is a need for a tool that is more robust.

The first part of the series is going to be focused on various Twitter desktop apps you can use (sorry, no posts on what’s best for your Smartphone – here is my favorite Twitter app for the Droid X).  Here is the list of the desktop apps that will be featured.

The second part of the series will be focused on Twitter tools you can use that are not intended to replace the web interface but are incredibly useful for managing followers, how to get more Twitter followers and finding people to follow. I’ll also throw in two bonus reviews on TweetAdder and Twidium as entirely separate posts.

I would love to hear from you on the challenges you face with Twitter or the tools you couldn’t live without in the comments below.